Huntcliff Nab from the cliff top

I’m back on the north east coast of England for my walk today.  Saltburn-by-the-Sea may be familiar to some of you.  Anyone remember my yarn bombing post, on the pier last Summer?  The place really has so much charm.

But it can receive the full brunt of nature sometimes, when the North Sea comes thundering in.  I was there last week and repairs to the promenade were ongoing from the latest onslaught, just a few weeks ago.  Happily the Victorian Pier has resisted the storms so far.  The wind whips at the waves, but if you drop down into the Valley Gardens it’s a different world.

So, park up on the cliff top and admire the view above.  I’ve ordered sunshine but there’s always the chance of an April shower.  A choice of several footpaths take you down through the gardens but they all end up in the same place- some more steeply than others, so I’ll let you choose.

Fancy a game of I-spy?

In the dene this chap will keep an eye on you

While you dabble in Skelton Beck

Then follow it through the valley towards the sea

At Easter there’s a bustle of excitement because ‘Prince Charles’ is released from his winter hibernation and whistles his way through the gardens.  The miniature railway has been delighting Summer visitors for as long as I can remember. 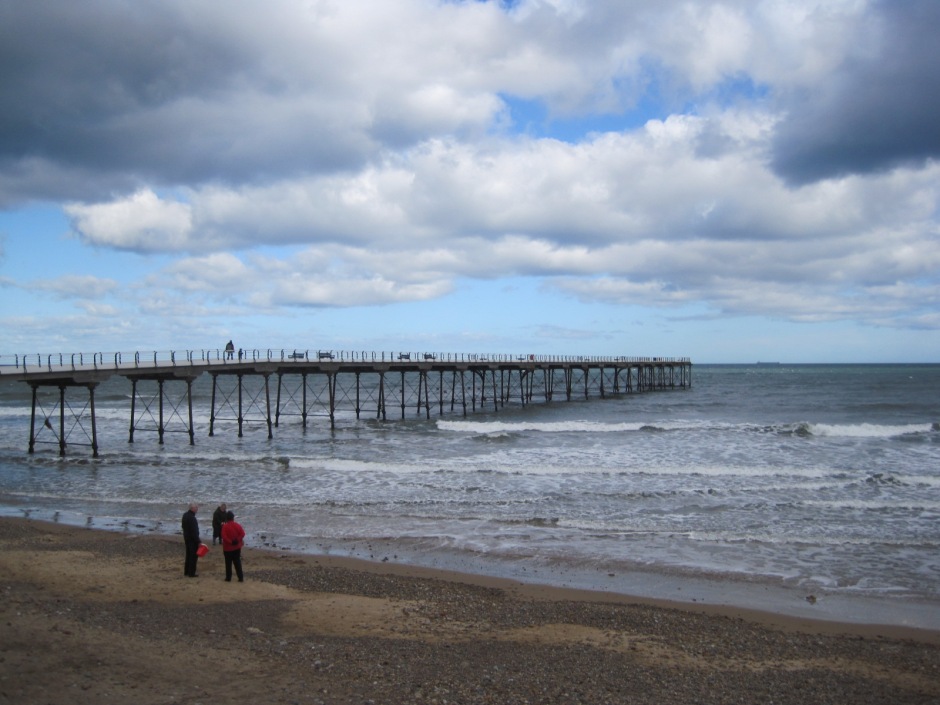 The promenade runs beneath the cliffs and past the pier

You can walk out to the end of the pier, if you like 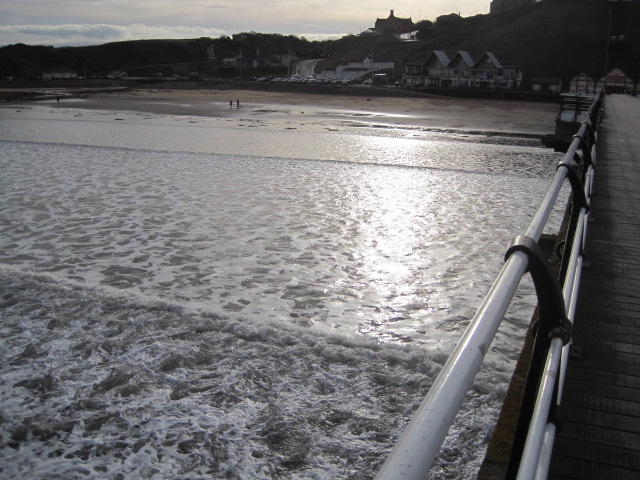 Or if it’s too cool, carry on walking

The pier has the usual entertainments, and there’s always a bag of chips to be eaten, out of the paper, as you’re strolling.  It’s a good way to keep your hands warm.

Before you reach the end of the promenade 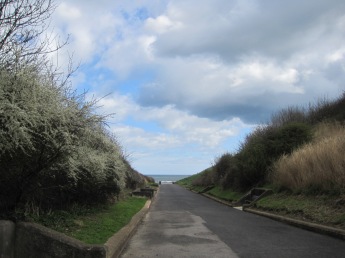 Back to the cliff top

A ‘man of energy and imagination’

And a fine cliff top view

Pease was a local industrialist who had considerable impact on the way the town looks.  When Saltburn was just a green and pleasant valley he had a vision of the jewel it could be and set about fund raising to make it happen. This wasn’t too difficult as his father was wealthy and influential in the development of the Stockton to Darlington Railway.

The streets were constructed on a grid pattern with many of them running towards the sea, and named after precious jewels.  The buildings were faced with a white brick, locally made, with the name Pease engraved on them.  In prime position sat the Zetland Hotel- one of the world’s first railway hotels.

Marine Drive follows the cliff tops, with lovely views out to sea

And the distinctive housing on the cliff top 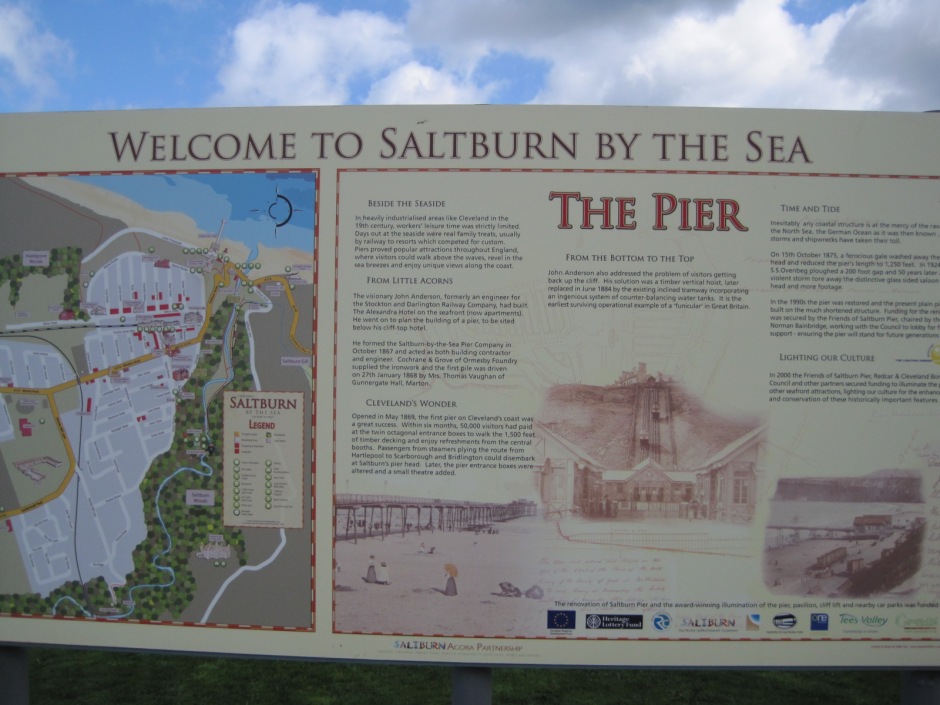 Map of the town and Valley Gardens

Just after the Zetland you cross over the road and find yourself back at your start point.  The whole will only take you an hour or so, but there are places you might want to linger.  If you arrive by train it’s just a 5 minute stroll downhill to Valley Gardens.

This would make a perfect expedition for the Easter weekend.  It might even be fine enough to take a picnic?  Happy walking, everybody!

If you have a walk you’d like to share with me, I’d be so pleased to see it.  It can be as detailed or as simple as you like.  I really don’t mind.  I just love seeing new places.  Put a link in my comments, or link a post to me, any day you like.  I’ll have another walk for you next Monday.

I’m starting my shares this week with beautiful Lewes, in Sussex.  Many thanks, Sherri :

Dale got so enthusiastic, he’s given me a choice of two, so here’s the other :