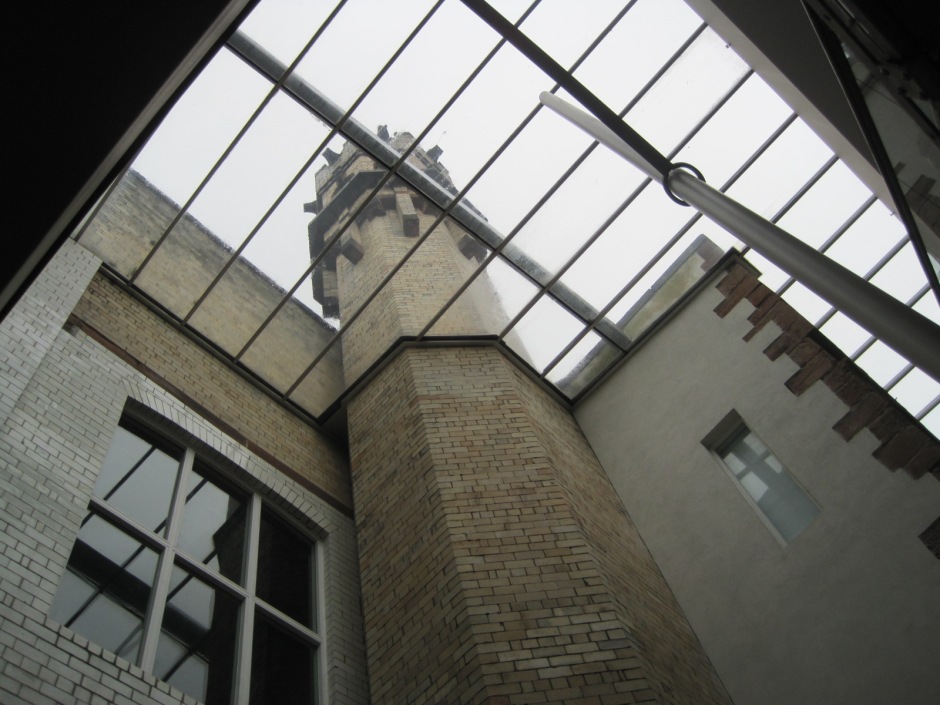 Did you guess where I was, up among the rooftops in Glasgow? 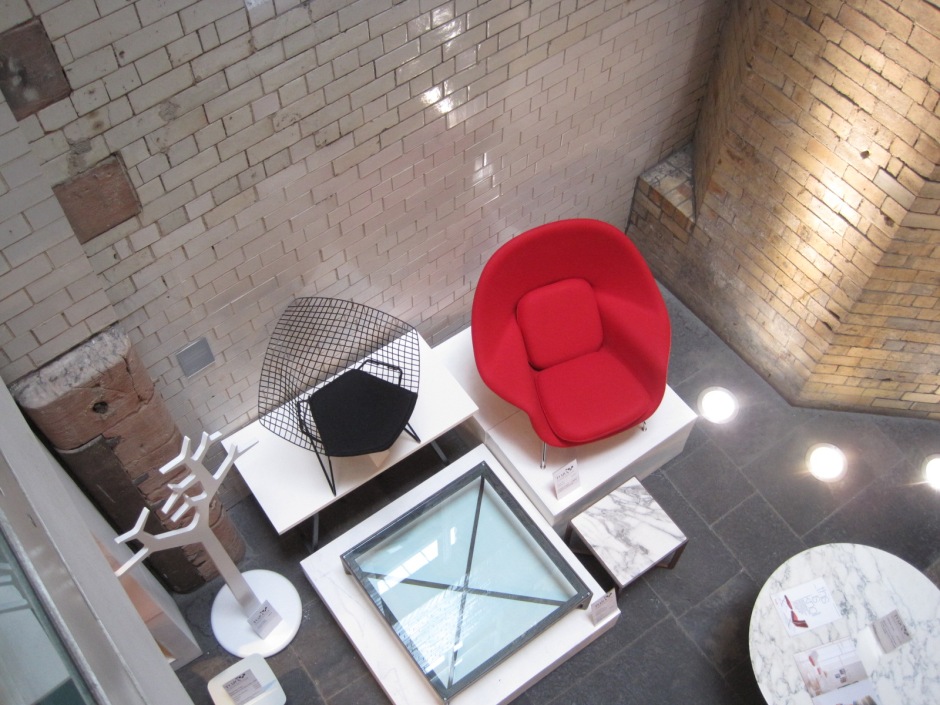 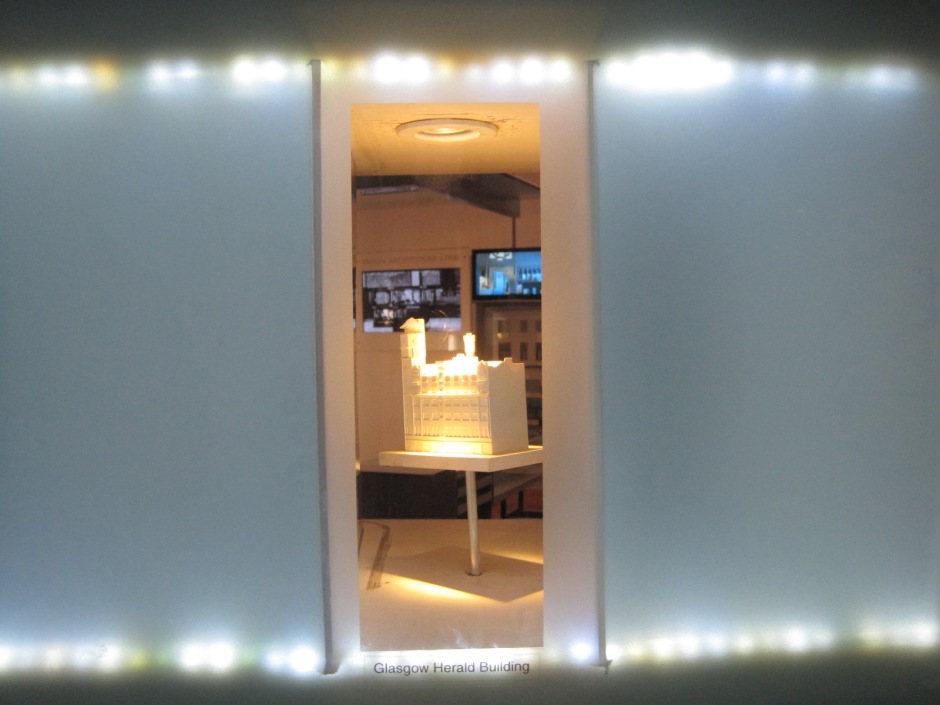 Maybe this is the clue you need?

The Glasgow Herald Building is known as ‘The Lighthouse’ and was designed by Glasgow-born architect Charles Rennie Mackintosh.  Now Scotland’s Centre of Architecture, Design and the City, it has one floor dedicated to the work of its designer. When I read that I could ascend the tower for views over Glasgow’s rooftops there was never any doubt that I would seek out the building.

The building was Rennie Mackintosh’s first public commission and was built between 1893-1895.  A former warehouse, its most prominent feature is the tower, which was designed to contain an 8.000 gallon water tank, to protect the building from fire hazard. When the Herald moved to new premises in the early eighties, it stood unoccupied for 15 years. Thankfully today’s model is as cutting edge as Rennie Mackintosh was in his time.

I entered it in pure excitement.  Ascending the escalator to the third floor I marvelled at what I found there.  Tiny models of designs of his that were never even completed sat alongside others of his landmark Glasgow buildings.  I found myself longing to visit them all. 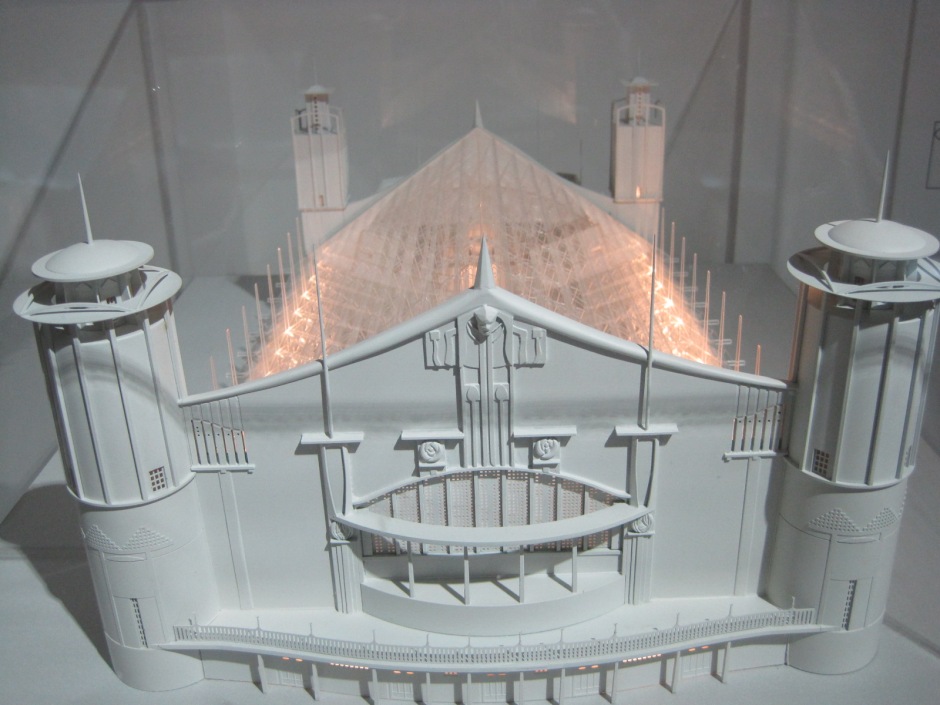 How sad that this was never built 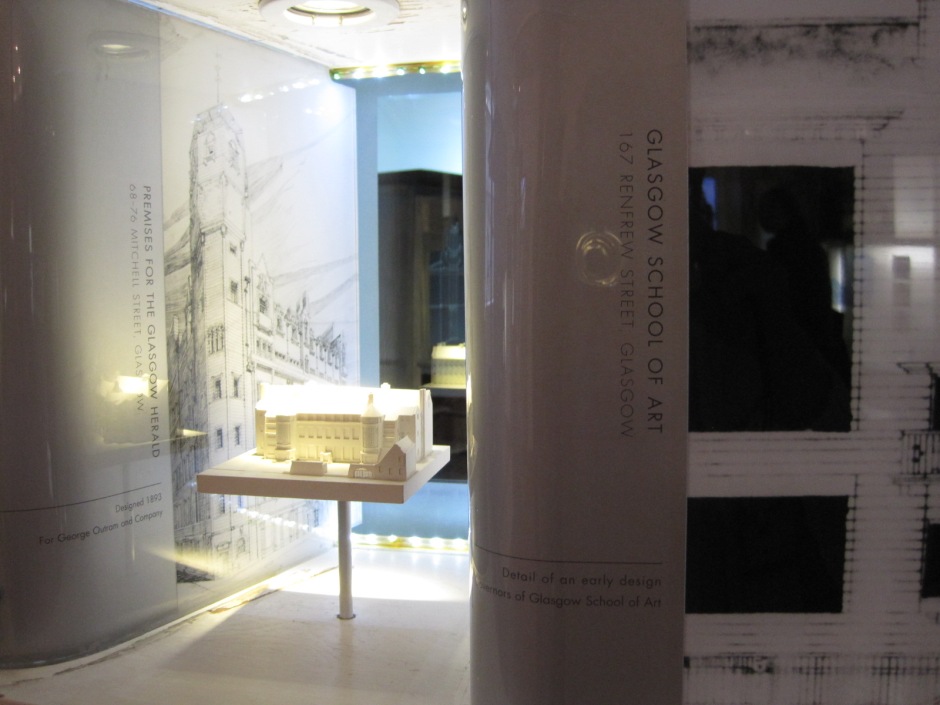 But this one was- the Glasgow School of Art 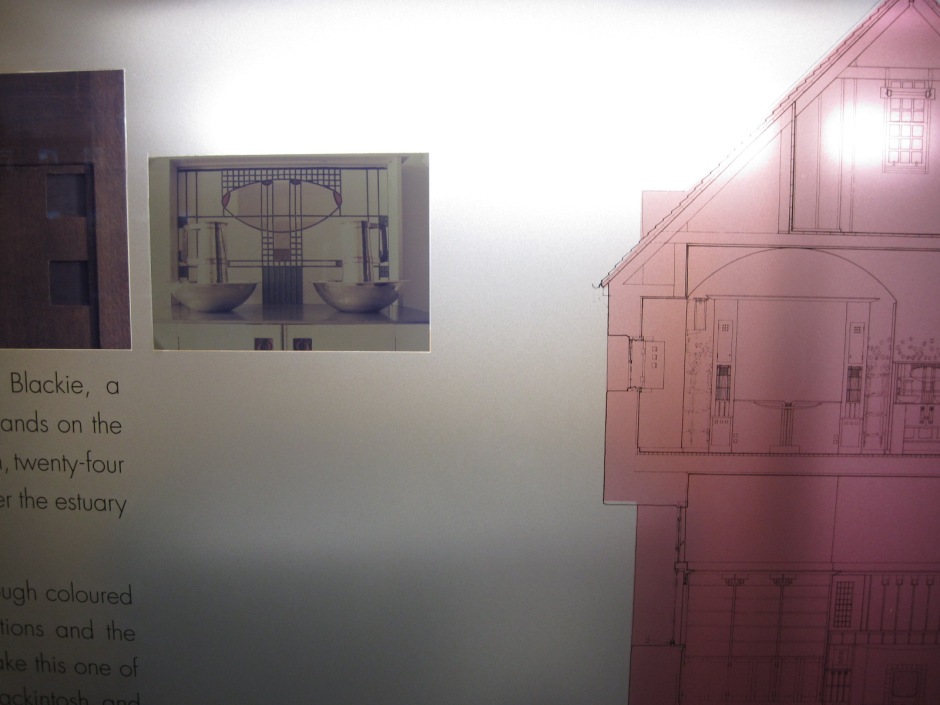 There are drawings to examine

Like the plans for ‘House for an Art Lover’, completed after his death 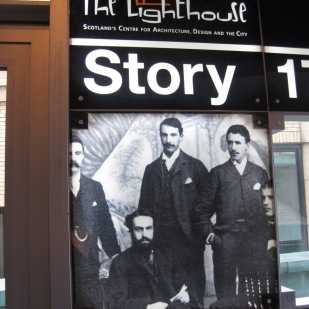 There’s a history of this building 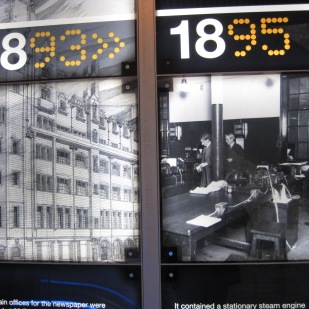 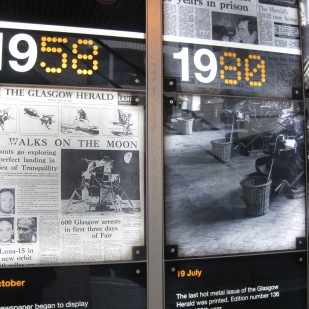 With all it’s drama 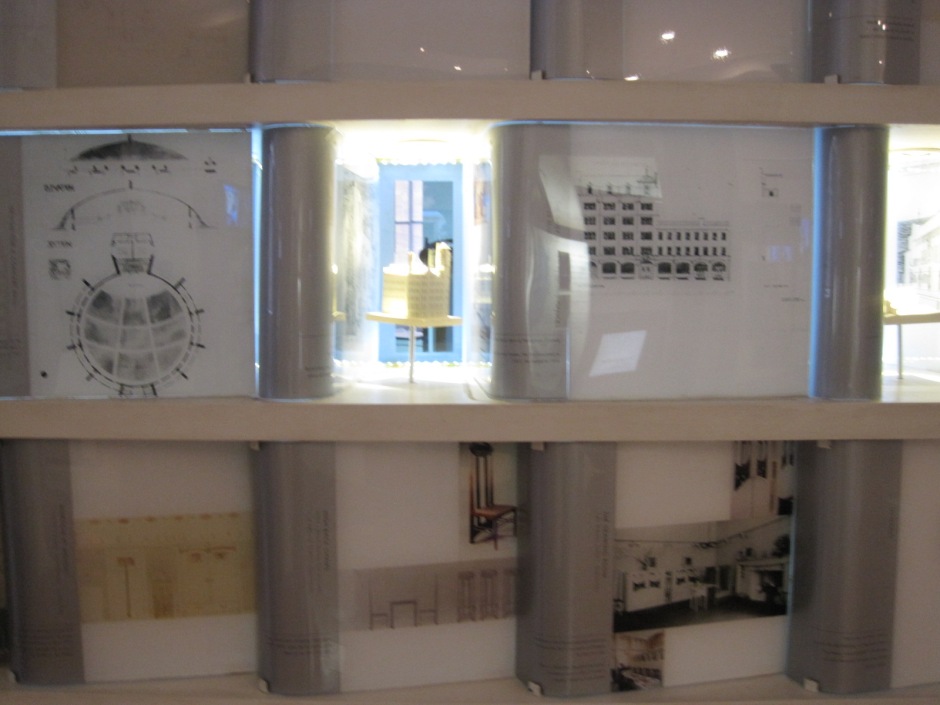 Rennie Mackintosh admired simple forms and natural materials.  In his design he used texture and the contrast of light and shadow. He admired Japanese design but developed his own style, with strong right angles and the decorative floral motifs, with subtle curves, for which he is known. This building and its use of industrial space is a fitting tribute to him. 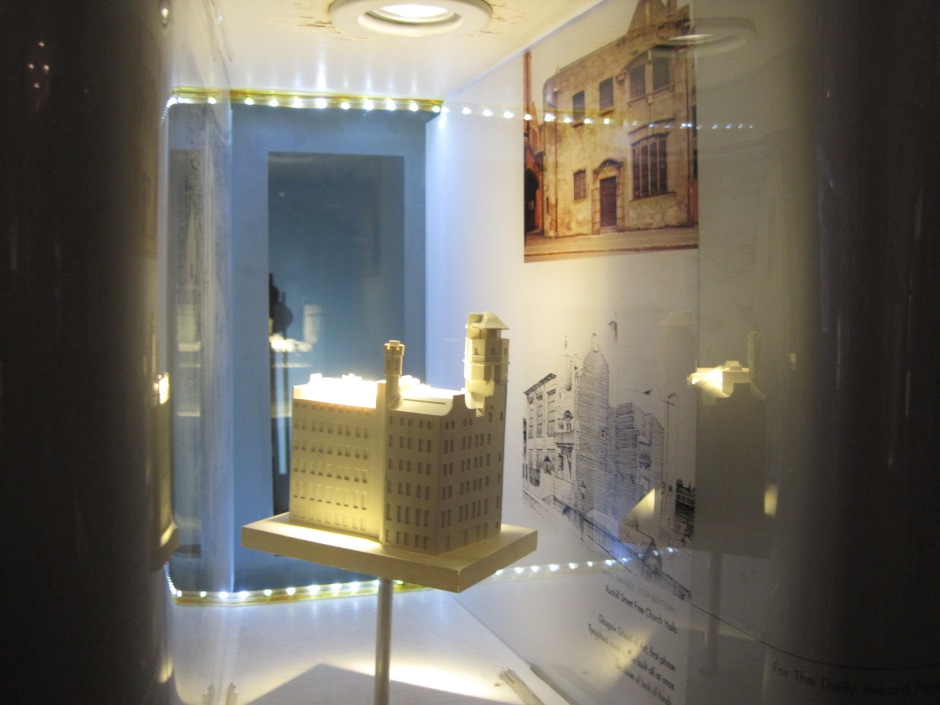 For me it’s a love affair 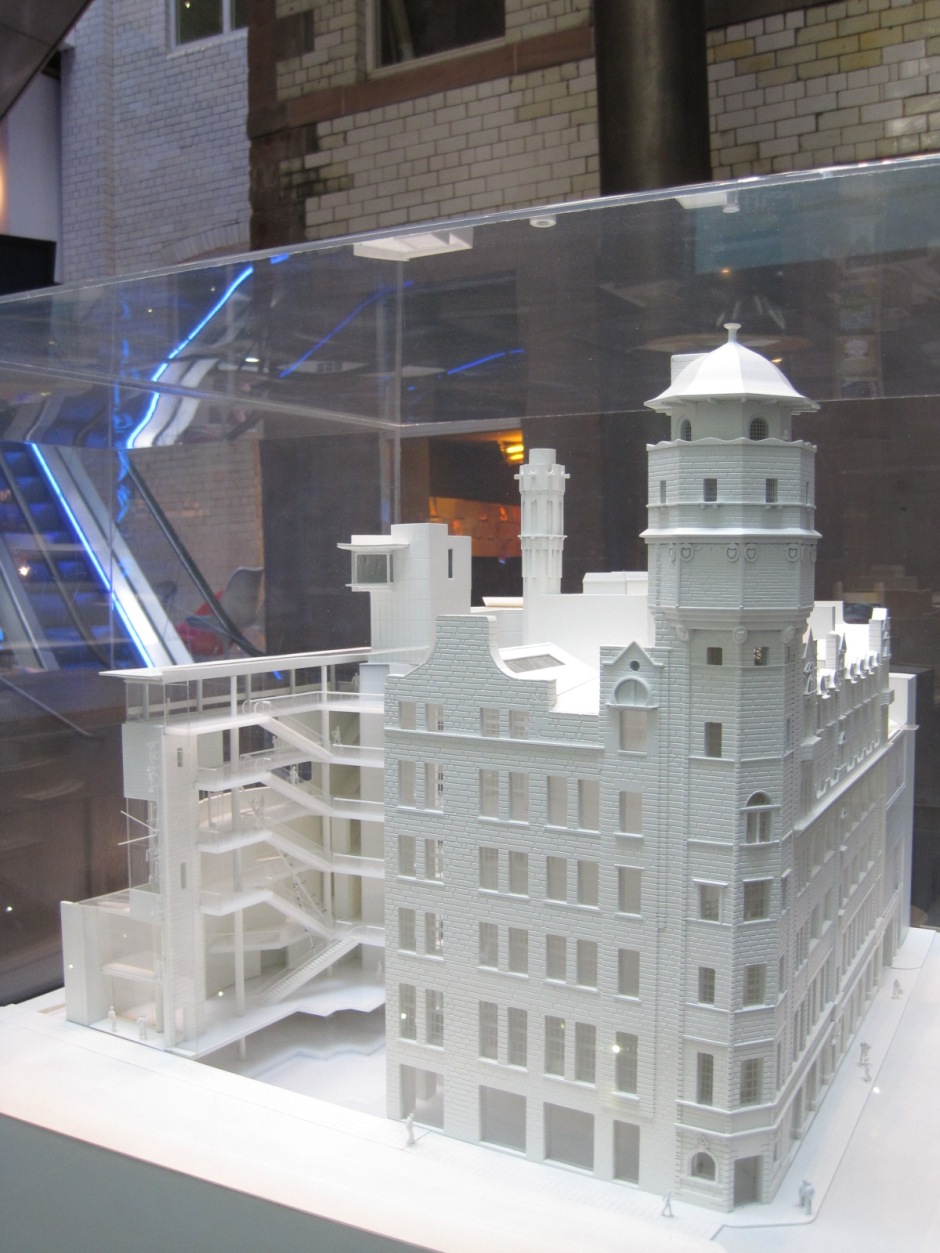 Visit The Lighthouse website for a better look at his work.  As it says in the video, “each of the properties will tell you a different piece of the story”.  Sadly I never did get to climb that tower.  It was closed for repairs!  But I took the lift to the sixth floor for the rooftop view anyway.  You can take a virtual tour of the Mackintosh Centre and the viewing platform on the website (on a much sunnier day than I managed).

I am dedicating this post to Paula.  She is not able to delight us with her usual Thursday’s Special this week due to pressure of work and being ill.  Get well soon Paula.  We miss you!