A week or two ago I caught the very busy ferry from Olháo across to the barrier island, Culatra.  The sea was flat calm and a limpid blue and the air scarcely moved, such was the heat.  Alighting at Farol, I followed the path across the island, passing chalet houses, a couple of cafés and the lighthouse for which it is named, to the beach.

A cluster of people were relaxing there, but I was surprised at how rapidly the ferry’s full load had disappeared.  My aim was to walk along the beach, catching whatever breeze I could, until I reached the small hamlet, Culatra.  There I would have a light meal while waiting for the ferry to carry me back to the mainland.

It’s a relaxed place, and I sat watching a youngster entertaining himself by throwing hoops, beside the church. 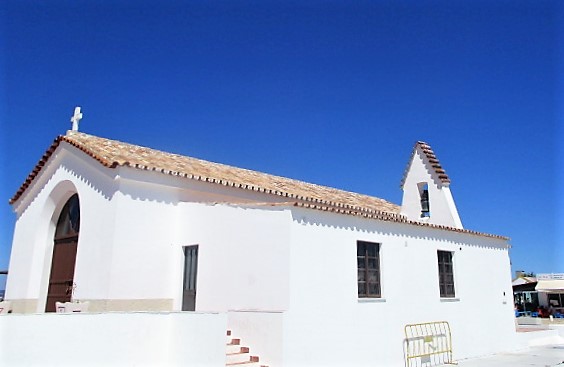 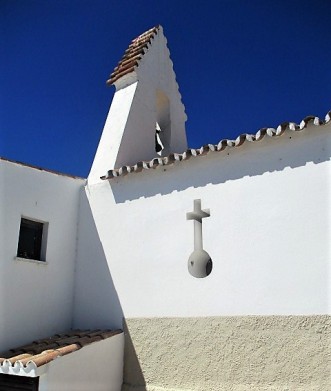 I sat for an hour or so, and in that time the wind steadily increased.  The umbrellas began to flap and sway and, as I looked out across the water, white horses began to prance and the boats to bob wildly.  A galleon at anchor in the bay had started to unfurl her sails, but must have thought better of it, for soon they were neatly stowed away. 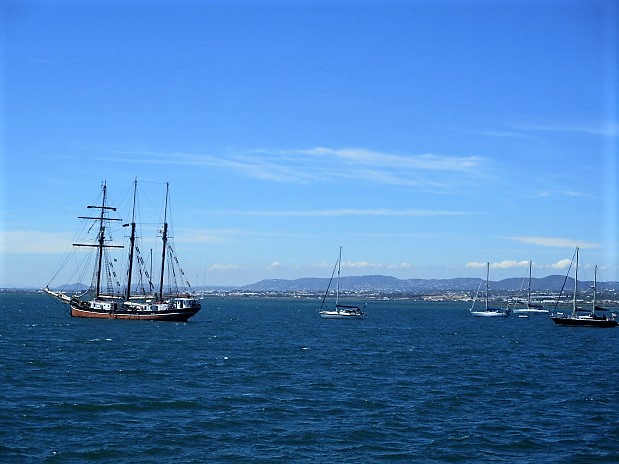 In 1941 catastrophic gales hit this coast, wiping out much of the lowrise property and beach huts, and rearranging the sand spits and channels of the Ria Formosa.  This is the front line, which protects the Eastern Algarve from the ferocity of the Atlantic Ocean.  It comes as no surprise that the islanders, despite seemingly carefree ways, have huge respect for the nature that surrounds them. 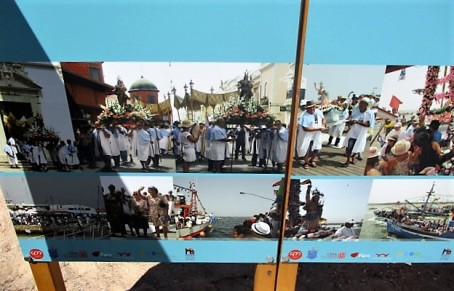 Each August the whole island takes part in a thanksgiving ceremony to Nossa Senhora.  Maybe you have to be fearless if you’re born here.  By the ferry departure point the next generation lounge in the sun.  Minutes earlier they had been leaping with gay abandon into the choppy waters. 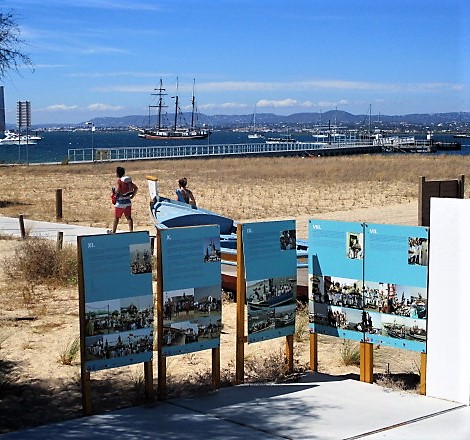 For a closer look at the island, let me direct you to an older post of mine, Ilha da Culatra.  Meanwhile, there’s cake!

Many thanks for your company again this week.  Temperatures are starting to abate a little, and gentle walks will continue for the time being.  Join me whenever you like here on Jo’s Monday walk.

Never mind the weather!  Mention food and Debs will be there!

A Borough Market wander for foodies

Come and count cacti with Janet?

Alice certainly has some beautiful property on her doorstep.  Take a wander with her :

Brambles or a story?  Take your pick with Susan :

Walking with a book in hand

What is it about Drake and tractors?  Sark looks delightful :

In a way sailed back time

But Sue has the beauty of nature right on her doorstep :

And Rosemay tackles the new block editor on our behalf.  Got to be worth a visit!

Another day, another dollar!  Well, hopefully, anyway.  Funny how Mum’s old sayings stay in your head.  Have a good week!