I sometimes do daft things!  When I saw a sunrise walk featured in Tavira, in Todos a Caminhar, I just knew I had to do it.  I’ve always wanted to live beside a beach, so that I could slip outside into that beguiling early morning light.  My reality is far from that, but a 20 minute stroll will bring me to the riverside, and beyond, a world of salt marshes and oyster catchers.

Trying not to disturb a certain person, I tiptoed down the stairs at 5.45, gulped a few mouthfuls of coffee, and out into the mild, morning air.  I thought I had made good time down to the Praca, but when I got there the place was deserted.  I hadn’t been sure how many other enthusiasts to expect, but the streets of Tavira were Sunday morning sleepy.  Just as I was deciding what to do, a lady in joggers sprinted into the square, threw off her jacket and made off at speed.  It was 6.18am!   I had missed the start by three minutes.  And sure enough, the sun was just starting to rise.

I had no intention of hot footing it after them.  I had all this to myself!  In lazy pursuit, I ambled out along the river.  The soft light pearled the water, the stillness unbroken.  Even the birds were enjoying a Sunday snooze.

As I reached the edge of the salt pans I smiled to myself.  There in the distance, lycra clad figures sped towards me.  All of this seemed wasted on them.  I continued to stroll and snap.  As they straggled past me, in twos and threes, I smiled ‘Bom dia!’ but most were focused on home. 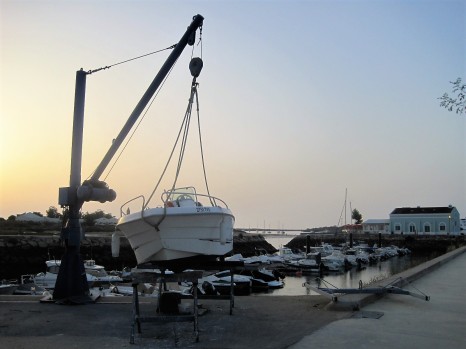 Across the salt pans there was just enough light to reflect Tavira in the water.  Ahead, the small marina and boatyard of Quatro Aguas.  It’s a place that I love, but I had never seen it in such opalescent light. 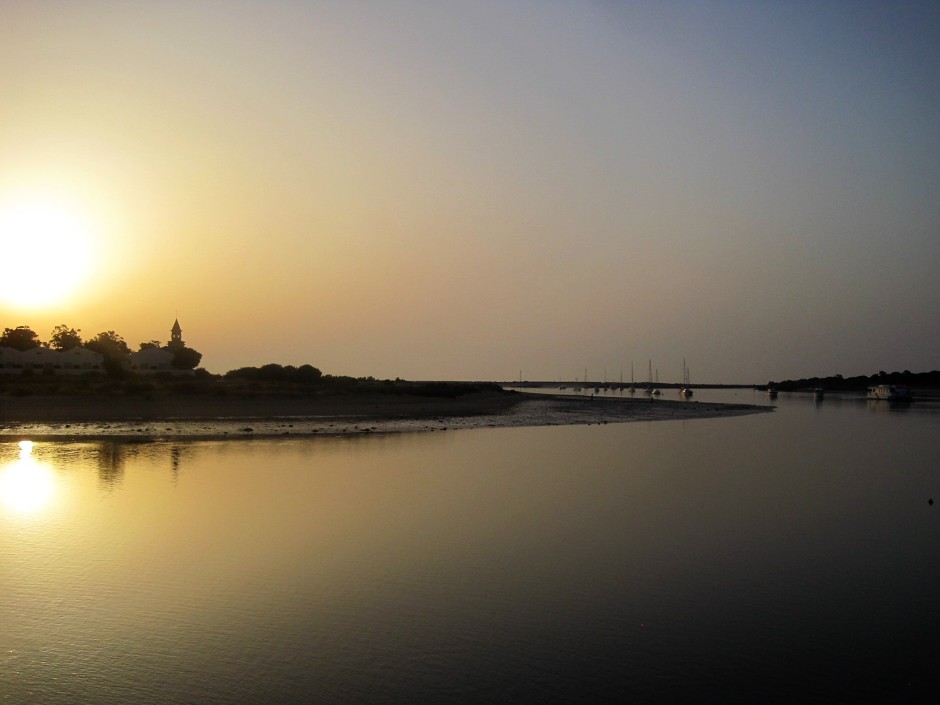 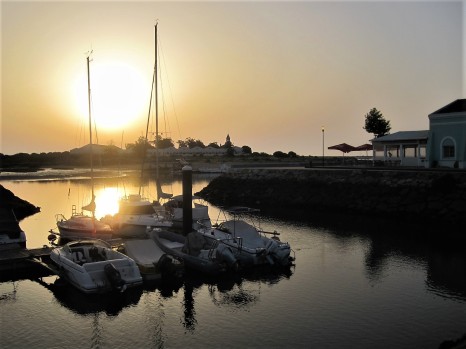 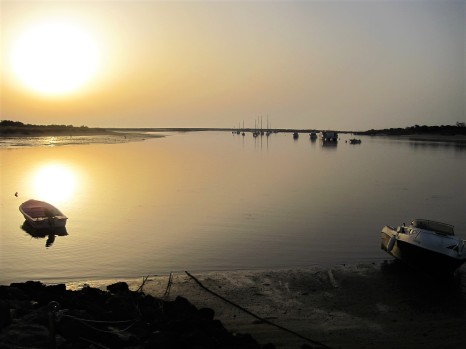 Enjoying the early morning mellow.  Gently I retraced my steps, in the ever increasing light.  Mauve crept into the heather and bronze lit the sandbanks.  I played at being a birder for a while, an obliging chap posing for me.  The wrecked mill drew closer. 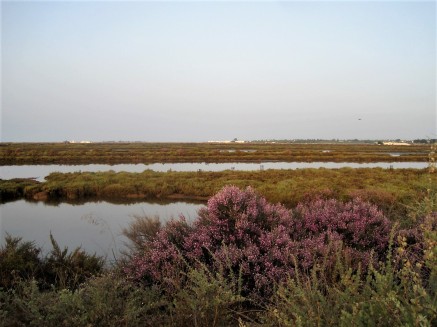 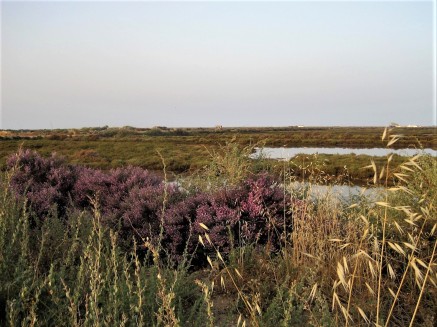 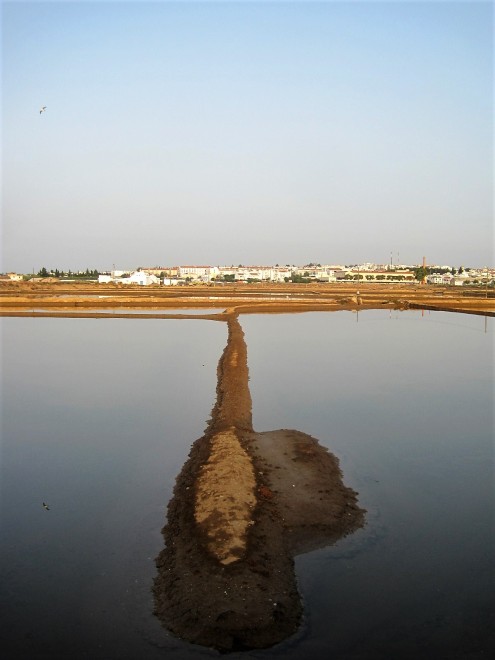 And then I was back in town, and crossing the flyover.  A fisherman, releasing his boat to catch the tide.  Passing the common, a strange sight caught my eye.  An inverted Minnie Mouse, remnant of last night’s festival revelry, perhaps?

An elderly gentleman with a nice smile had also observed the balloon.  As I stopped to take the shot, an agitated shrieking filled the air.  Body taut and wings beating rapidly, it flew overhead again and again.  I supposed it must have had young close by.  Feeling like an intruder, I wearily returned home, where all was still silent.  Time to put the kettle on and start the day.

I hope you enjoyed watching the sun rise with me.  I’d like to add it to Cathy’s Photographic challenge at Wander.essence.  She’s doing some fine work over there.  I tried to bring the salt marshes alive for you.  I’m half-tempted to add this to Tina’s Soft too.  I hope she won’t mind.  The light on the water was so very soft that morning.  Are you following the Lens Artists?

Many thanks to all of you who accompany me each week.  My wanderings would be nothing without you.  Join me here any time.

Let’s start with Lady Lee and an outing to the park :

Skywatch – our day out

Alice invites you to ‘smell the flowers’.  It’s that time of year, isn’t it?

Some people say I have too many of these, but Jackie’s a lady who knows all about food :

A world far removed from my experience.  Let Janet take you there :

Nothing I like better than going adventuring with Drake :

Geoff rediscovers the delights of the Kent coast :

Thanet, a Walk on the Not so Wild Side #walking#kent

And Eunice shares some local history and a pleasant walk :

A local walk to Hall i’ th’ Wood

The heat has been getting to them in Norfolk, I think, but Janaline makes the most of this garden tour :

A walk through West Acre Garden in Norfolk

Walk in a Monasterio

A very different monastery experience from Banactee, dipping back into memory :

And finally, another enthralling outing with Cathy.  The scenery is superb!

Strolling along Park Avenue at Arches

That’s all folks!  Wishing you a wonderful week.  Hope you can get out and about a bit.  See you next week!