A palace fit for a Queen

Did you spot the clue? The diminutive figure at the foot of the stairs. This is the magnificent Caserta Palace, home to Queen Amidala in the Star Wars movie, The Phantom Menace. Just one of many things we did to keep a small boy entertained on holiday. A train ride from Naples, we were equally enthralled by the cascata, a series of cascades, rippling down through the awe-inspiring gardens fronting the palace.

Jakesprinter’s theme of Motion Pictures this week had me dipping into the memory banks, not to mention an old photograph album or two.  That’s always a pleasurable experience, so thank you, Jake.  Now, as the song goes, “Let me entertain you”.

As far back as I can remember, there have been Star Wars films.  My daughter loved them with a passion, and I have to admit, I found Han Solo’s brusque style quite compelling.  Nineteen years later when my son came along (yes, it was a bit of a gap) the Star Wars saga was still unfolding, and trips to the cinema became a regular feature.

My daughter married and left home, but was always pleased to be able to entertain her baby brother.  So it was that, one Easter, they were both to be found in our garden, transforming paste eggs into Star Wars characters.  It’s an image that never fails to make me smile. 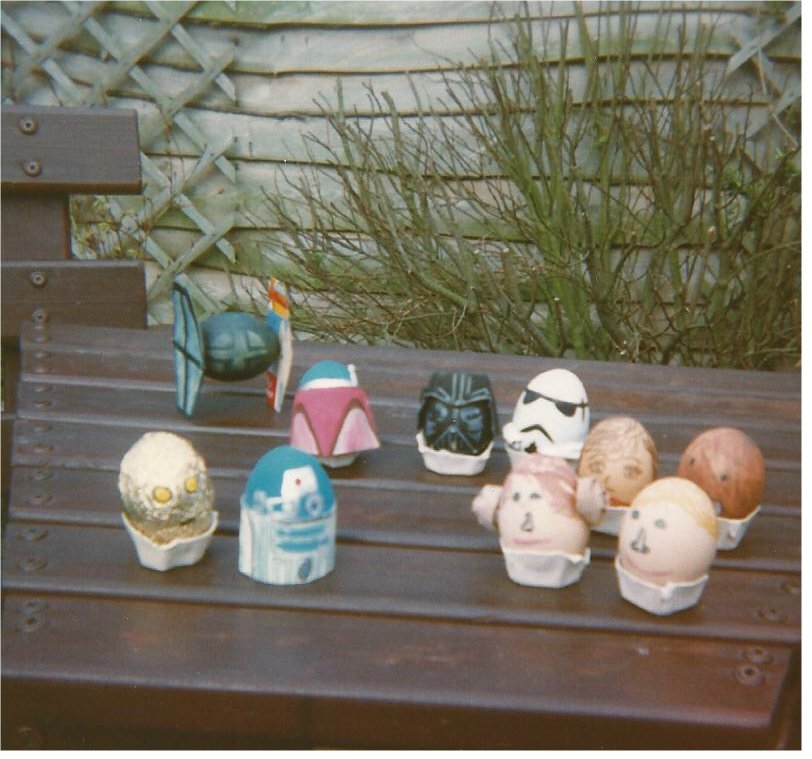 When James was a little older, a Sorrento based holiday gave us the opportunity to catch the train (another passion!) north to the Caserta Palace.  The reason?  Nothing to do with the fabulous Baroque architecture of this 18th century palace.  Oh no!  James wanted to hide from the Storm Troopers in the spacious palace grounds, and possibly help rescue Queen Amidala.  I confess to looking furtively over my shoulder as I mounted the iconic staircase.

Thanks Jake!  I’ve thoroughly enjoyed my trip to the movies with you.  I wonder what next week’s Sunday Post challenge will bring?  To join in, follow the link or click on Jake’s dragon logo.