Discarded hilltop ruins are ten a penny in Portugal.  Truth be told, I had no idea that this one even existed.  Numerous times I’ve been to Alcoutim and admired the castle, sitting solidly on its hill, protecting the town and looking out over the Guadiana River.  Little did I know that there was a predecessor, whose ruins I could still see.  Castelo Velho de Alcoutim came as a complete surprise to me. 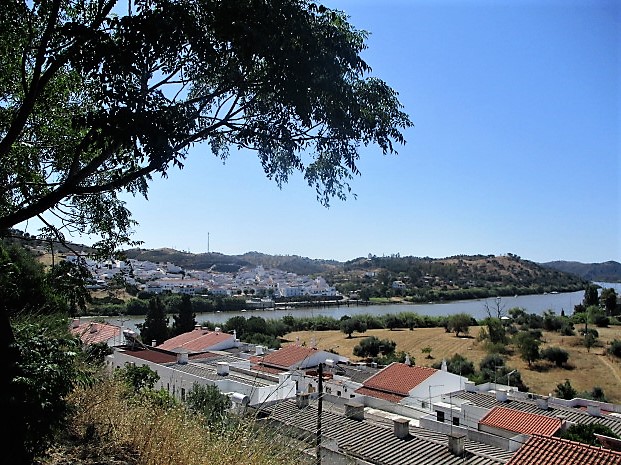 What else does one do on a Sunday morning with the temperature climbing towards the 30s?  ”Just a short walk” was how he sold it to me.  A pleasant drive up to Alcoutim, with its lovely views across the river, and a mere 4km stroll.  No mention was made of a castle on a hill. 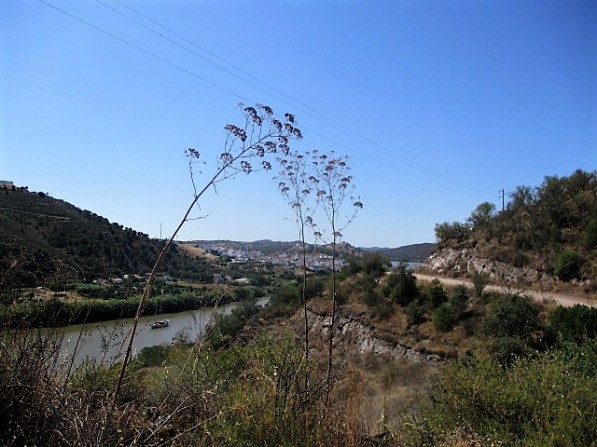 So we walked out of town, following signs for the PR3.  Already it was hot and I loitered whenever I came upon a scrap of shade.  Rounding a corner, a hill rose in front of me and, perched on the top, the aforementioned ruins.  I hesitate to say that I was surly, but I was!  I’m as fond of ruins as the next person, but a cooler day for them might have been nice.  Uphill was no pleasure at all, especially when the views were left behind.  While the river was in sight there was the distraction of whoops and cheers from the zipline, which stretches over from Spain.

As I grumbled to myself, Michael paused and indicated a short uphill scramble.  It didn’t look like a promising access to me but, as we hesitated, a car drew up on the stony path and a young woman stepped out.  Our timing was good, for she had come to unlock the gate, promptly at 11.00am.  Apparently the old castle is regarded as unsafe if the wind is strong.  There was almost no trace of a breeze that morning, and after walking all around the site to ensure that we were safe, she left us to explore. 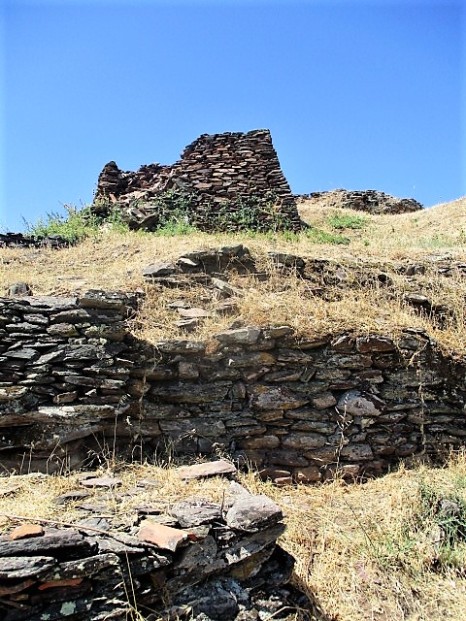 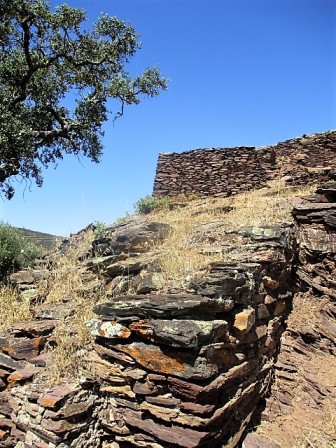 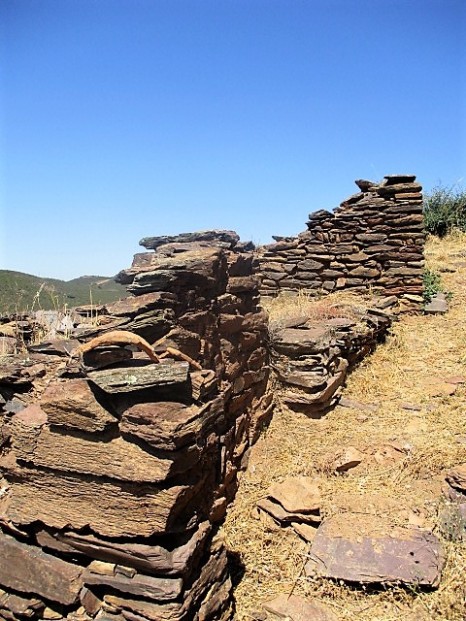 It did feel a little precarious in places, but the views were superb.  It would certainly have been a good place from which to keep a lookout on Spain.  Built in the 8th-9th century, this castle was once an important Islamic military structure.  Exactly why it was abandoned in the 11th century is not known, but the younger castle was constructed in the 13th century, a kilometre away, within the town of Alcoutim.  It stands proud to this day.

As so often, the way back down was much more easily achieved.  I’m not sure that all of the zipliners felt the same way.  I was very happy to have my head back in the shade, and a magnificent view stretching before me.

I can’t remember cake, but maybe there was?  You’ll have to imagine your own.

A few more walks to share this week.  Many thanks to all of you.  Please enjoy!

Liesbet was happy to hit the road again, with a beautiful  destination :

Getaway to the White Mountains

I love a seaport, and these are perfect examples from Drake :

Life at the beach isn’t always peaceful, as Alice can tell you :

Been a while since I shared one of Jude’s.  This is a beauty :

Summer on the Hill

Just time to slip in a little culture from Ulli :

Temperatures have seldom dipped much below 30C since we did this walk a few weeks ago.  Not walking weather, I’m sure you’ll agree.  I’m taking myself off for an anniversary jaunt into the Alentejo this week (correction- he’s taking me!).  It may, or may not be cooler.  Have a good week, whatever your weather!