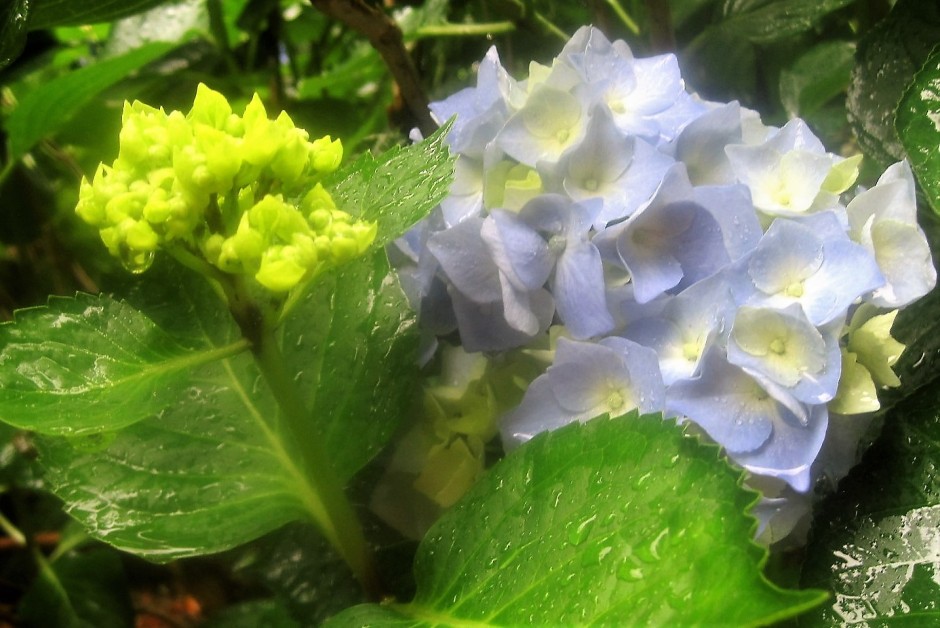 Backtracking just a little, our base for the first 2 nights on Sáo Miguel island was the luxurious Terra Nostra Garden Hotel.  Normally location and somewhere small and friendly, or old and quirky, are what I look for in a hotel.  The selling point for this one was its highly acclaimed lush tropical gardens with a thermal spa at their centre, in the small village of Furnas.  ‘A very pretty village’, we were assured by our young taxi driver, who still lived there, with his mum.

It was late when we checked in and I was quite happy with my comfy bed, but was horrified to wake next morning to the sound of steady rain.  Glum faces tucked away, we tucked into a very grand breakfast indeed.  ‘It’s brightening up a bit?’  Hopeful words, but by the time we’d donned macs and gone out to explore it was torrential.  The thermal pool was getting fuller by the second.  ‘Well, we can still go in there…?’ met with a disapproving look from the other half.  So, we slipped and slithered around the uneven, mossy paths, dodging puddles and treacherous tree roots.  Rain dripping off your nose, and hood, doesn’t make for the best photos, and my camera was starting to be decidedly unhappy.  Still, we were surrounded by such beauty.  And it was lovely weather for the little ducklings. 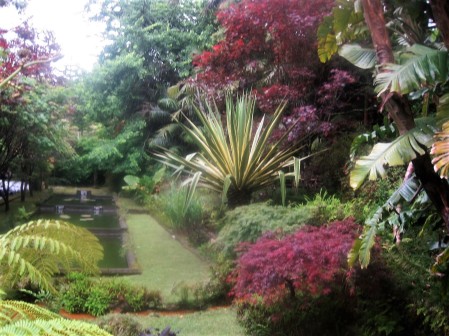 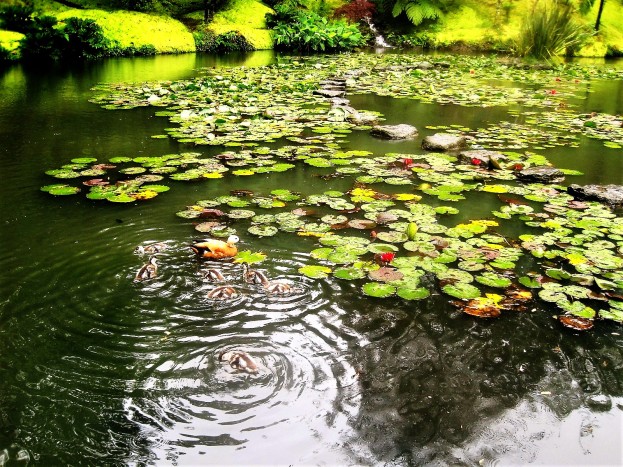 We’re not Spa people, and nothing was further from my mind than sitting in the hotel all day.  Furnas had to have a cake shop, didn’t it?  It certainly didn’t lack for water.  The mill wheel was positively racing along!

Well, some folk are gluttons for punishment so, after squeezing ourselves into a cosy tearoom and, armed with a map, we set off to find Lagoa das Furnas.  Intermittent rain accompanied us on a road with hairpin bends, but when you could pause and look at the scenery it promised to be beautiful.  The levadas to catch the run off from the hills are a hint at how much rain the area gets. (thoughtfully, inside the hotel lifts, a 3 day weather forecast is posted, if only I’d been paying attention)  Not easy to read a map on a breezy lakeshore. 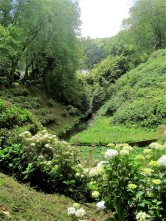 It was 2 or 3 kilometres to the lake from the village and, just as we were wondering about our sanity, it appeared quite suddenly around a corner.  A translucent, green beauty.  Wisps of smoke on the far shore caught our eye- the fumaroles.  Geothermal activity makes it possible to cook a Portuguese stew in the heat from the volcano in this part of the island.  Of course, we wanted a closer look, and before you know it we’d agreed to complete the walk around the lake. 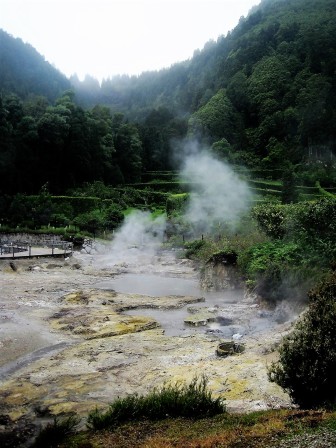 The man in blue led the way intrepidly.  Some of the trees were swimming and at times it felt like we might have to. 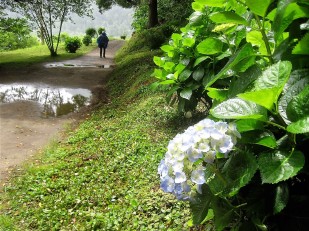 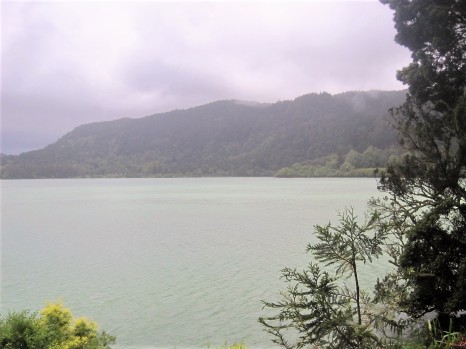 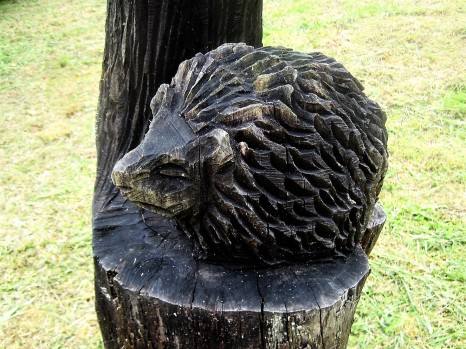 But gradually the skies began to brighten, as we passed the woefully decrepit Ermida de Nossa Senhora das Vitórias.  Overhead we were unable to identify a beautiful yellow bloom, but then the shore was lined again with the blues and creams I found everywhere on these islands. 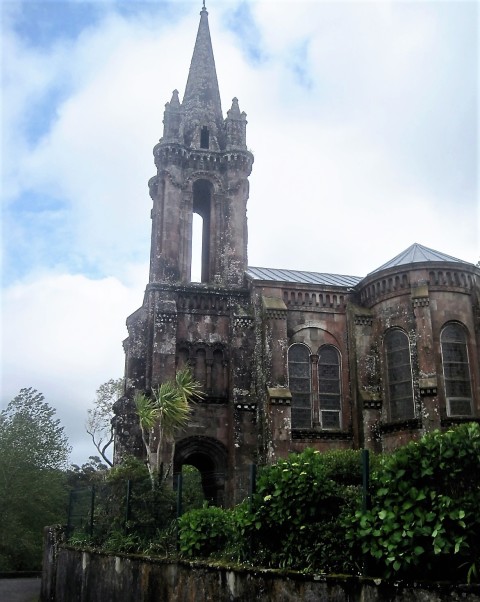 It didn’t all end in tears.  The forecast in the lift was perfectly correct, and the following morning the thermal pool looked magical with a haze of steam drifting in the sunlight.  Another unforgettable memory from the Azores.