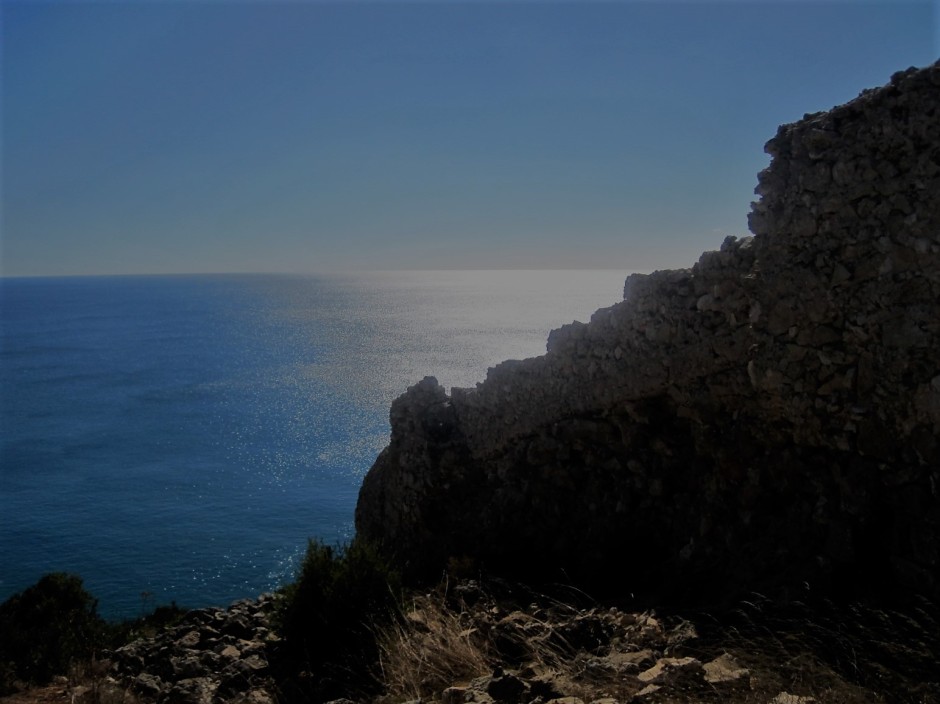 Forte de São Luís de Almádena sits on a rocky promontory, midway between the villages of Burgau and Saleema, in the western Algarve.  The fort was built in 1632, by order of King João III, in order to protect the local tuna fishing community from raids by corsairs and pirates.  It was finally abandoned in 1849, after sustaining considerable damage in the earthquake of 1755.  The ruins include 2 ramparts, a moat, gates and a barracks.

Looking back towards Burgau

Remnants of the barracks

Along the coast to Saleema 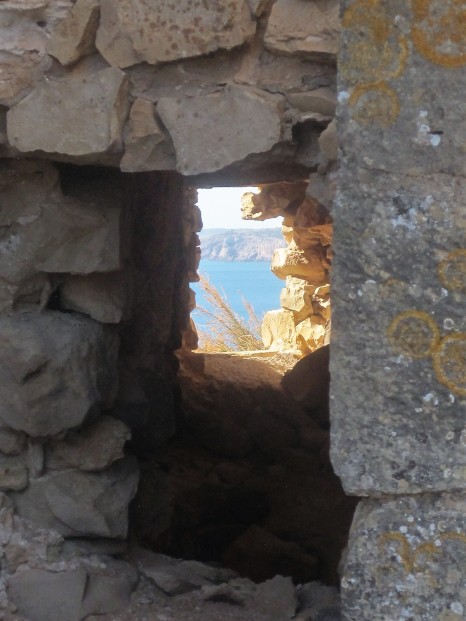 I considered myself very fortunate to discover these ruins.  We’d been strolling on the golden beach at Burgau, and as we left the village a sign pointed along the coast towards them.  A slight change of plan and 5 minutes later we were there.  In golden silence we surveyed the coast in all directions.  As I shielded my eyes from the glare of the sun, I was sure I spotted the masts of a pirate ship. 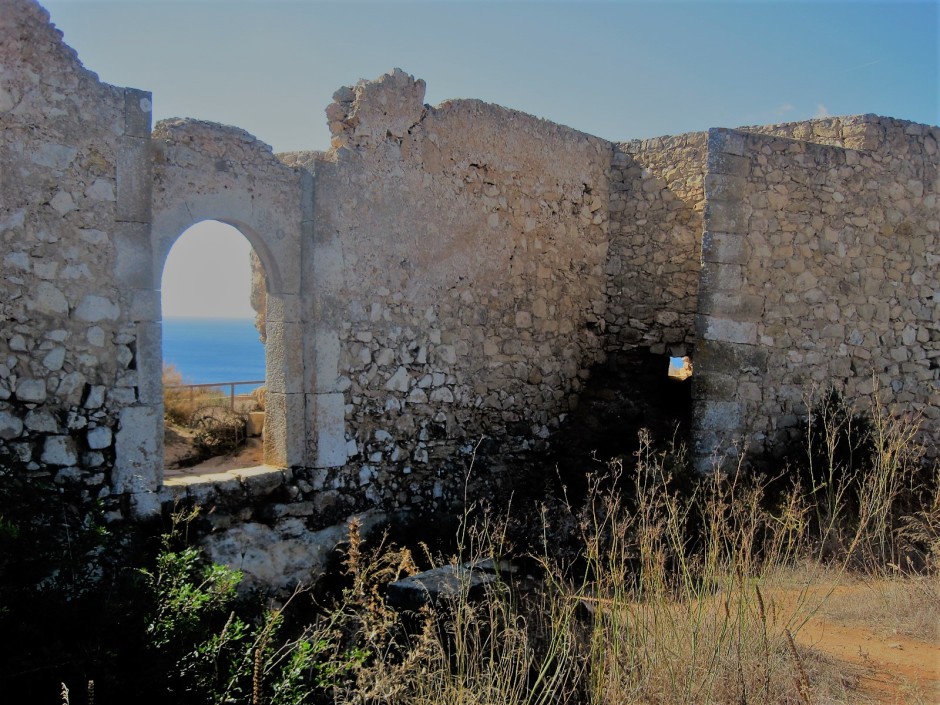 You’ll realise, of course, that it’s a Thursday and we’re all waiting for Paula to come back and be Special, as she always is.