Rather in the same way that I left visiting the Sagrada Familia till my last day in Barcelona, I’ve resisted posting about it.  I hoped against hope that I wouldn’t find it disappointing.  My hotel, of the same name, was just around the corner, so I had walked past on numerous occasions.  Not that it’s possible to just casually pass by the Sagrada Familia.  Each time, I would stop and stare, fascinated.  The stonemasons, seemingly oblivious to passers by, scaled the heights in flimsy cradles. But what would it feel like, inside?  Would it be a venerable space, or simply a crazily imaginative work of art?  I’ll let you decide.

Light cascades through the windows, from the ceiling down.

I don’t know if I was ever in a more beautiful space.

From the almost traditional 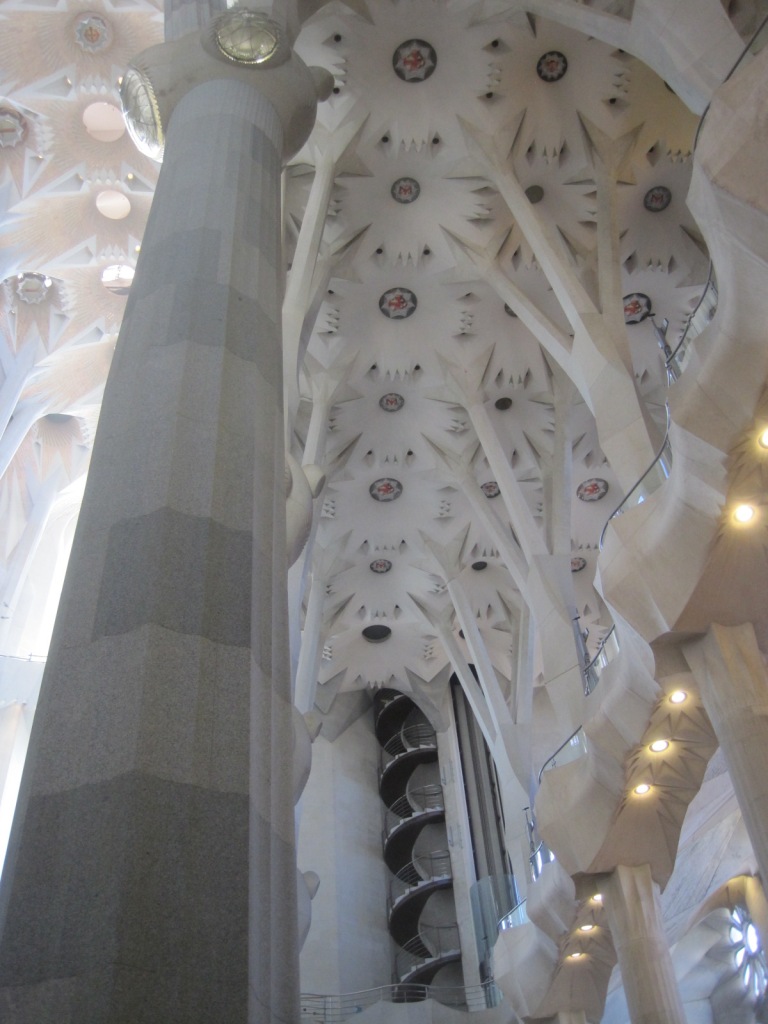 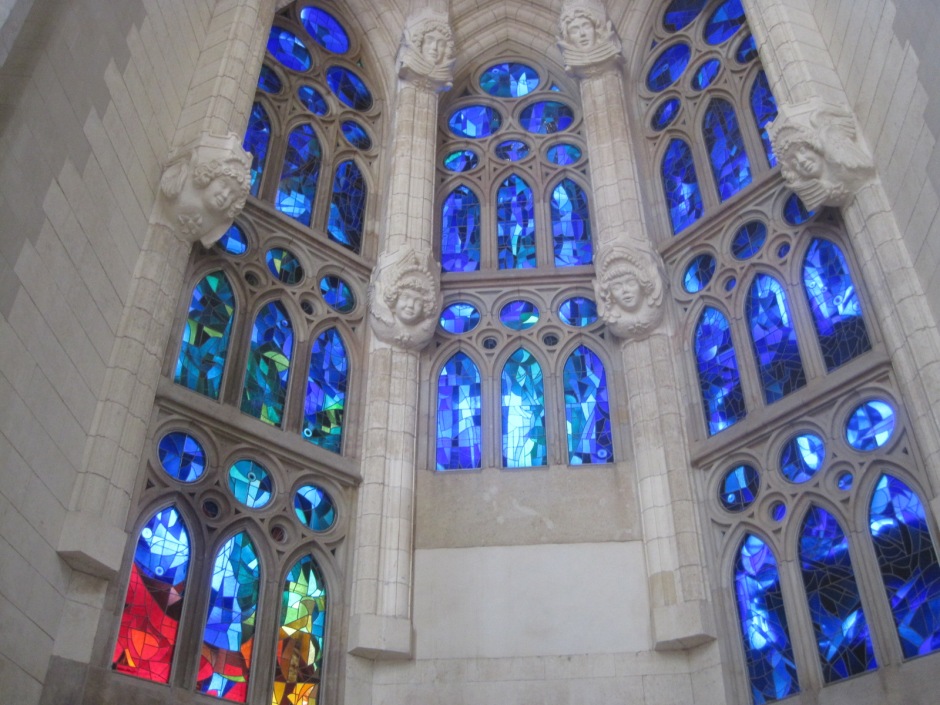 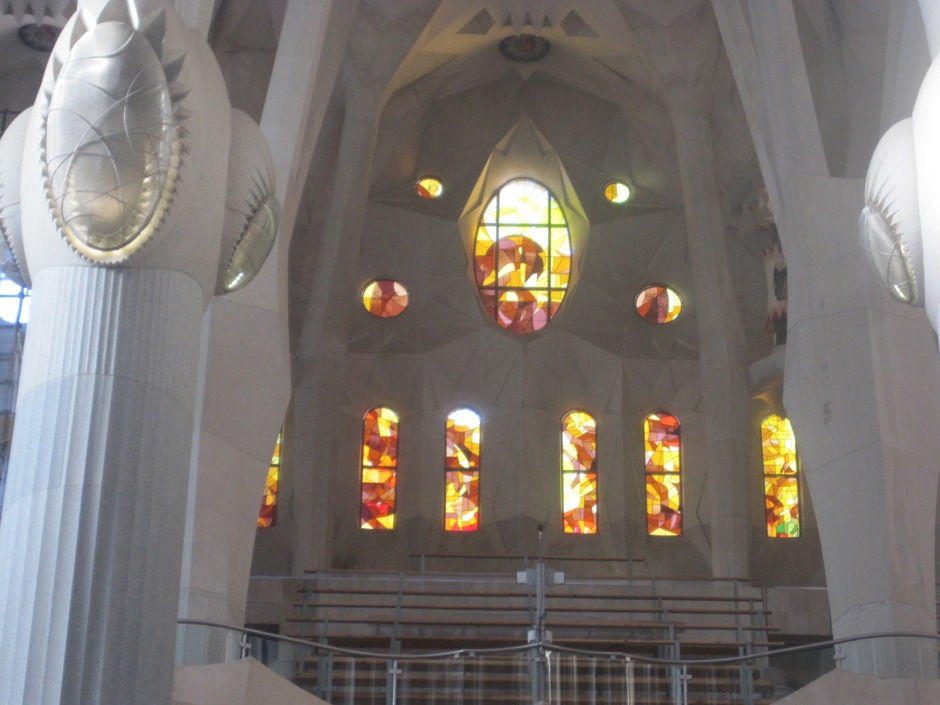 to soft and rosy pale.

Sunlight shimmers off the pillars

and hides in corners.

Even now, just looking at the photos and writing about it, I feel quite emotional. Hard to explain the impact of this place.  The altar, like nothing I had ever seen before.  I was feeling reverence, while down below, in the parishioners church, a service was taking place.

Then there was the tower to climb.  Fortunately, the lift did most of the work.

But following the stairwell was a slightly surreal experience.

Looking out past the trussed up newer features

Were windows ever so strangely adorned?

And then the exterior, worked upon for so long. (Gaudi began in 1883!)

A window, barely visible for sculpture

And one exquisitely surrounded

What do they make of it all?

I hope I have managed to convey some of the beauty and artistry of the Basilica of the Sagrada Familia.  It’s fair to say, there is nowhere else like it. What an incredible man was Antoni Gaudi, “God’s Architect”.  The current projection for completion is 2033.

This is my contribution to Dawn’s Lingering look at Windows this week.  I wasn’t disappointed.  I hope you weren’t either?  Meantime, Debbie, over at Travel with Intent has asked if I would like to link this post to her challenge, Look up, Look down.  So that’s a lot more folks to visit, isn’t it?  Happy Thanksgiving, all!