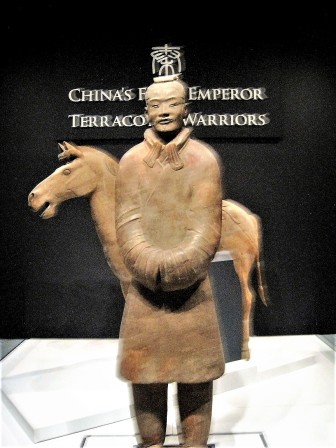 You may have seen them on TV, but nothing can quite give you the frisson that accompanies your first sight of the Terracotta Warriors.  Standing in the never ending queue, you wonder what can have brought so many people, over weeks and weeks, to this exhibition.  Fully booked all summer until 28th October, the World Museum in Liverpool has tried to accommodate still more people by booking into the early evening.  The atmosphere is charged with anticipation as you are beckoned into the cinema for a brief introduction.  And then, you meet a Horseman, and enter the darkened arena where the story is told. 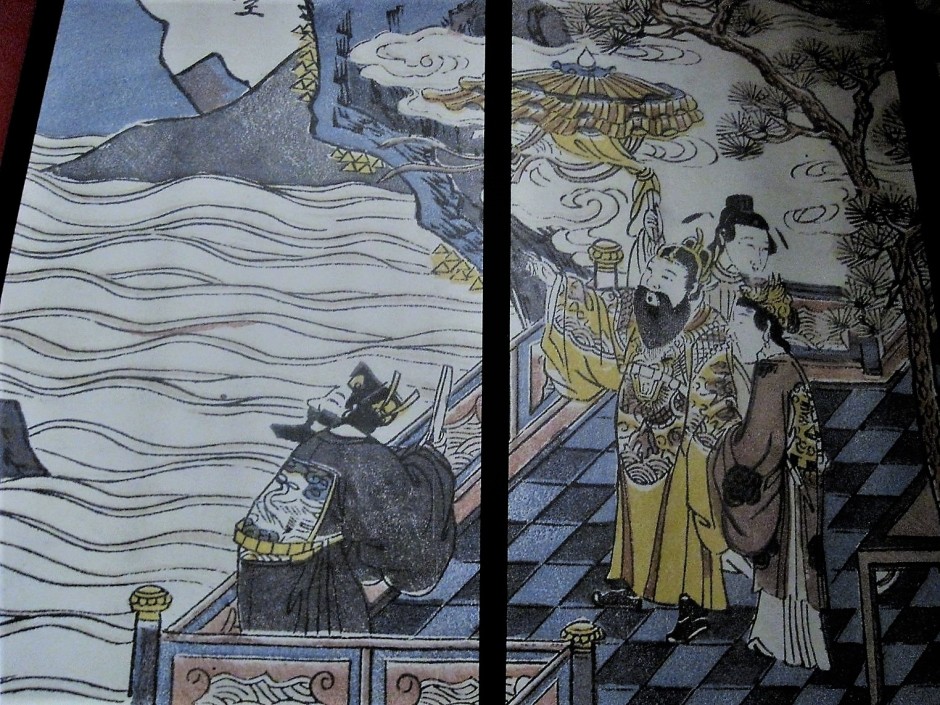 China’s First Emperor, Qin Shi Huang, was responsible for the most extraordinary feat.  In 246BC, aged just 13, he ascended to the throne, in a period of tumultuous conflict between warring tribes.  As he grew in power and stature he managed to unify the tribes, but along the way he became obsessed with the idea of immortality.  In 1974 a chance discovery by farmers digging a well in the Shaanxi province of China was to reveal an incredible underground army of life-sized Terracotta Warriors, 2000 years after his death.

The belief system of the time included an after life, provision for which the Emperor made in the most excessive indulgence.  A mausoleum was constructed, modelled on the Qin capital Xianyang, with inner and outer cities, beneath an enormous burial mound.  Buried in pits east of this, more than 8000 warriors for the Emperor’s protection.  130 chariots were found with 520 horses.  I was totally mesmerised by the replica bronze chariots with their teams of horses, thought to represent the chariots in which the Emperor travelled across his newly unified lands.  They were buried so that he could carry on touring his Empire in the afterlife. 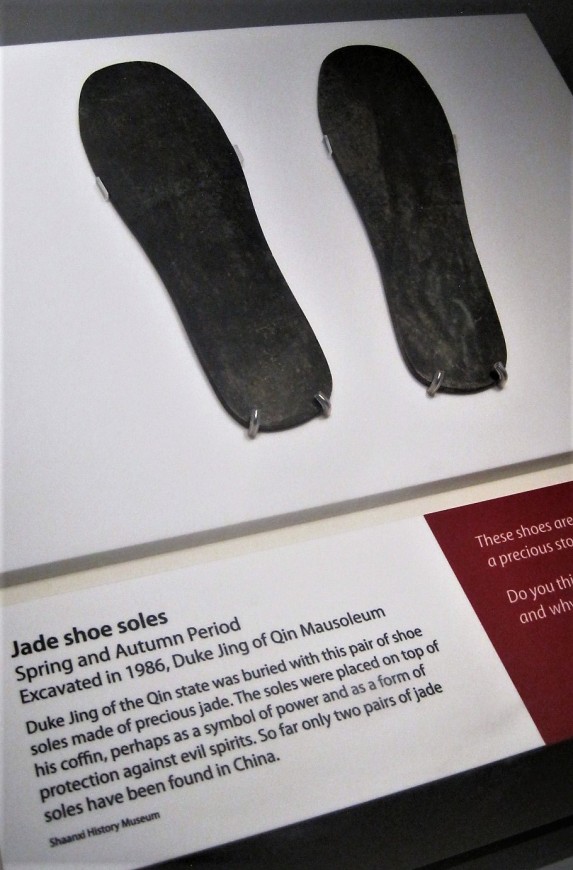 No luxury was spared, and there were musicians, strongmen and acrobats for entertainment.  The gigantic bronze cauldron above is thought to have been used in acrobatic performances.  The kneeling stable boy below would have cared for the horses in the after life. 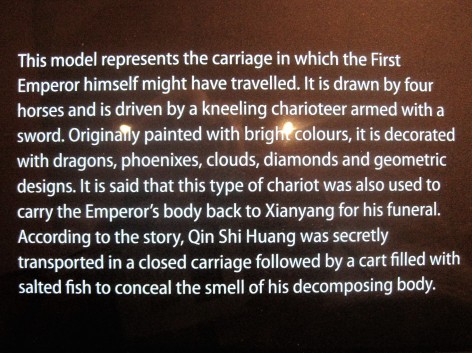 Sadly the Emperor may have brought about his own premature death.  He ordered his alchemist to make potions to extend his life, some of which contained mercury.  His unexpected death was most probably from mercury poisoning. 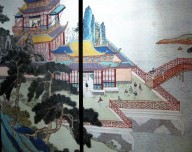 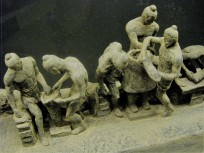 The exhibition defies description and it is amazing to think that these are but a fraction of the total necropolis.  The Terracotta Army have traveled the world, inspiring awe and disbelief.  The enclosed links will help you to understand much better than I can.