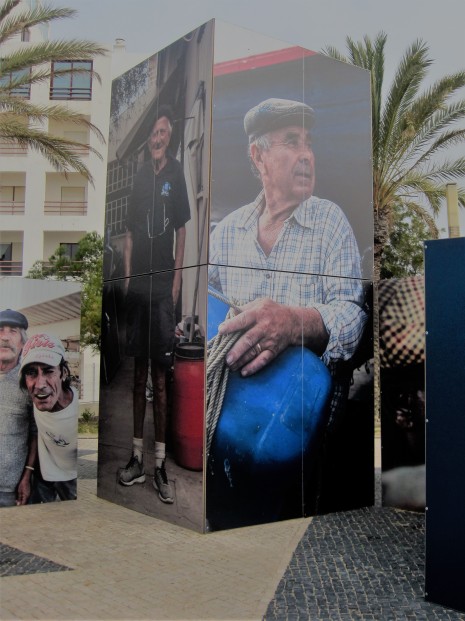 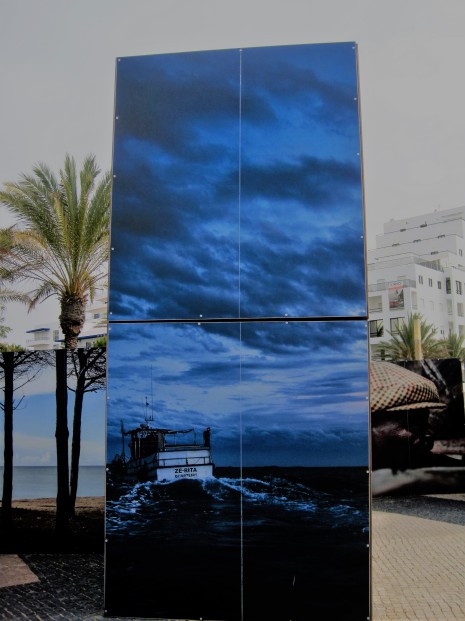 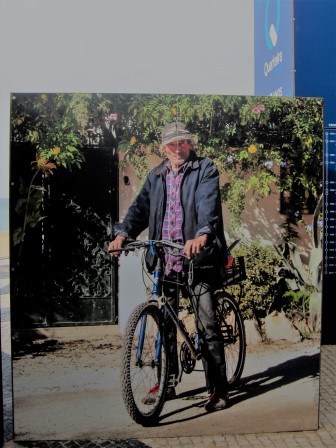 Quarteira is one of our ‘go to’ places for a lazy stroll.  It’s a bit of an anachronism, with high rise hotels and apartments dominating the seafront.  Stroll along the lengthy promenade in one direction and you come to the Fish Market, with a little harbour beyond.  The ‘smart’ resort of Vilamoura is on the horizon.  High rise of a finer calibre.  Stroll back the way, and where the promenade ends you have a wonderful expanse of beach.  This way lies Vale de Lobo, and the truly ‘smart’ set.  I don’t really belong in either, but I don’t mind to take a look, now and then.  I rather liked the exhibition of fishermen, erected by the sea. 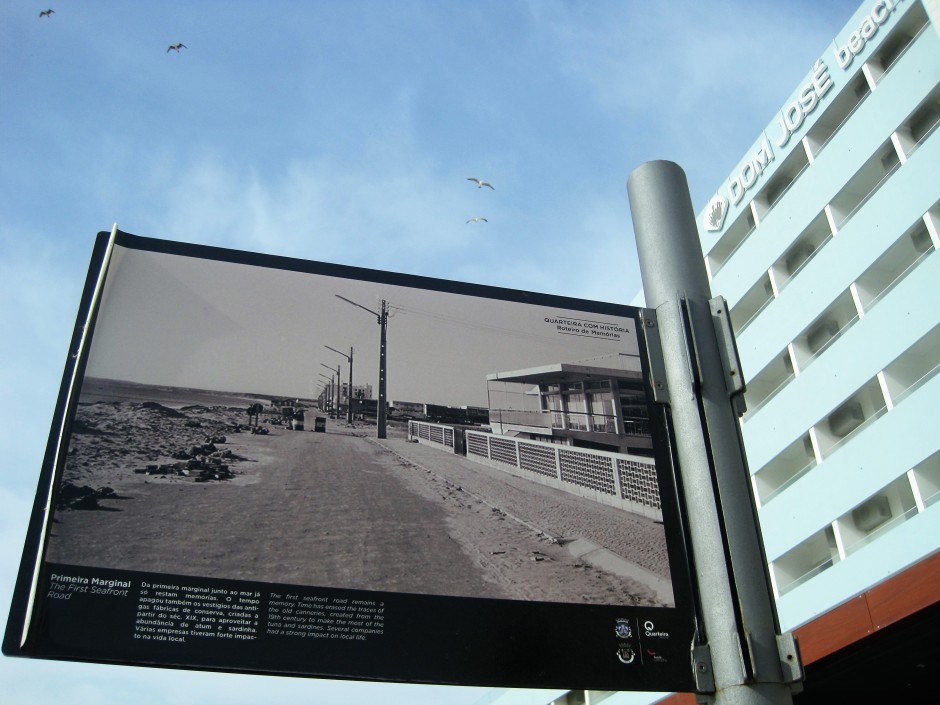 But the real purpose of today’s post is to share with you a little of what Quarteira was, ‘back then’, before the developers arrived.  A series of signboards have been placed along the front, flashbacks to the 60s, and I found them fascinating. 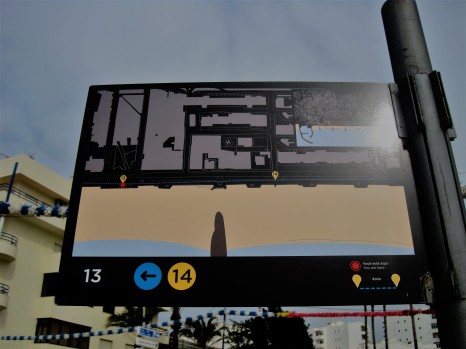 The backs of the signs indicate their situation on the seafront.  I haven’t kept to order, nor have I included all of them.  A couple I find particularly poignant.  Life wasn’t easy back then. 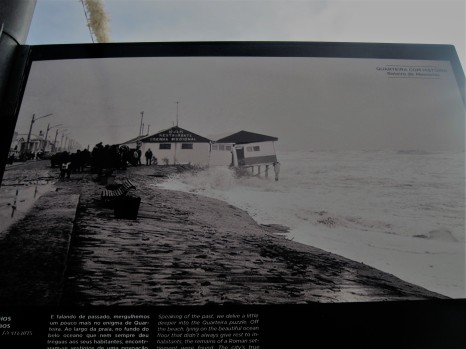 I don’t know how much of the small print you can read, but one of them tells of the ‘Vestigios Romanos’.  Offshore the remains of a Roman settlement were found.  Now that’s antiquity!  But let’s end with a smile.  Wednesday’s are market days and I have a fondness for the cheese stalls.  This character was peddling his wares.  Salad, anyone?

Linking this to Becky’s Past meets Present.  I hope she likes it.